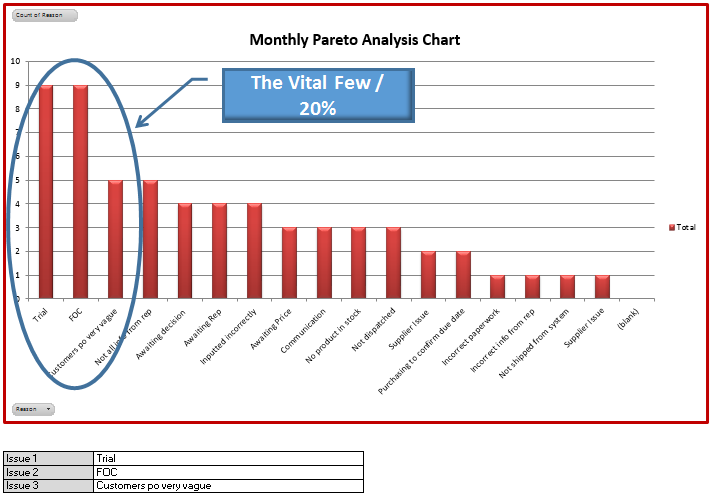 Groundhog Day – and your Chronic Problems?

Do you every get sick and tired of the seeing the same problem cropping up time and time again?

Does your team keep saying, ‘That’s just the way it is?’

So now can you see the relationship between Groundhog Day – and your Chronic Problems?

This is more common than you might think.. I have worked with many companies in many sectors over the years and when I ask a question why does this happen, the answer I get is ‘That’s the way it’s always been’ and these problems seem to be accepted as part and parcel of a less than efficient process..

If problem solving isn’t a formal part of your day to day work, I recommend you start doing so. People talk about making process improvements all the time… however this is akin to attempting to run before you can walk…   do you really want to make improvements and have all the existing problems tag alone for the ride?

So why are these problems still here?

And in some cases they have been there for over 20 years…!! The reason why they are still there is: –

And as already stated, it is just accepted as part and parcel of the process.

So if I were to ask you a question, what was the last major problem that happened in your business what you say?

And I would imagine it left a scar..!

However, would you be surprised if I told you that the small and consistent problems that happen day in day out cost your business a lot more money than one sporadic / once in a ‘blue moon’ problem? Yes it’s the Sporadic one that leaves the scar? If you are unsure, I suggest that you start measuring and gather some data.

These are chronic losses to your business.. very much akin to a chronic illness.. a little pain often which in reality is a large pain..

Through my experience, may people don’t see problems as problems, as stated earlier, small issues are accepted as part and parcel of the way things are done. These can come in many forms in many parts of your business and you truly don’t understand how costly they are until you begin to measure them.

Problem solving is the very first and vital step to developing a stable system within your business, which then, lays the foundation to continuously improving your systems and processes.

What happens when you solve problems?

With problem solving you begin to realise the true potential of your processes and systems and with that your capability for your process as it stands today, then what you can do tomorrow. Because everything is brought up to the surface, other issues also come to the surface. And with that, improvement concepts also become more visible!

So how do you start collecting information if you don’t already do so..?

The first place to start looking is to see if any of your internal systems are collecting this information already, however the problem lies in the fact that it seems too hard and complicated and when it’s too hard and complicated, guess what…? People are not motivated to review it. This is along with the fact that because a system captures it and not the people themselves, there is no relationship between the data and the people. So while the system may be great at collecting information, it’s not adding value when nobody is using it. In fact it is now a waste as it is consuming energy and doing nothing, therefore a wasted resource!

I always find that best systems are the ones where the teams actively collect the information themselves. Why?

In fact I always encourage my teams to think about how they are going to collect it as when they design the method of doing so, you can be sure they will do something about it.

Developing a simple excel sheet that you can gather data has more impact than the system that a company has already paid for. And with an excel sheet, you can develop simple pareto charts that, in turn, tell you what are the most impactful issues to focus at that moment that will deliver the most effective results.

When you start getting into a regular routine of

You will begin to see the difference in available time you have with your systems and you begin to understand their through potential. This is imperative when resourcing anything. Instead of a ‘knee jerk’ reaction to maybe bring in more resources to handle busy periods you can now handle them with ease by creating capacity from within.

Be thankful that you have problems to solve, as you can improve from within!